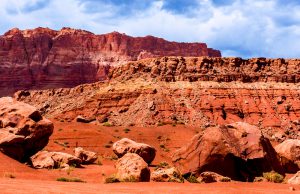 It haunted him, without mercy.

Strong, athletic, handsome, and personable, he seemed at life’s outset to be unfairly advantaged. His friends were many; a ladies man, by reputation, the life of every party, the love of every woman who gazed on him.

He was, by nature, a generous and gentle soul, a gift he received from his parents, humble and devout. He himself found religion attractive, and attended synagogue regularly with them. He had little use for the priests and the lawyers––he found them legalistic, arrogant, and judgmental––but embodied in his faith he discovered a formula for living: obey the law of God, and your life will be healthy and prosperous. Did not the Proverbs promise, “By humility and fear of the Lord are riches, and honor, and length of days”? He would do his part, and God His, and all would be well in life.

The climb had been arduous. Stronger and more agile than his friends, he had reached the top of the cliffs before them. His best friend, struggling behind him, lost his footing, and he reached back to save him from falling. His friend was saved — and his own life changed forever.

When he came to, he felt no pain — in fact, no sensation whatsoever. He heard the shouts and the dislodged rocks of his friends scrambling down the cliff; he tried to get up, but could not. He had survived the fall — and lived to wish he had not.

Weeks and months passed, with no improvement; his paralyzed body remained lifeless, though his mind, now a tortured prisoner, remained fully alive. Most of his friends drifted away, their discomfort in his presence so palpable that their absence was more relief than regret. The Four remained, though he saw no reason for them to do so, other than guilt, or some pathetic sense of charity to the crippled. His limbs withered and shriveled, twisted like the branches of those ancient trees on the cliffs. Racked by fevers, festering pressure sores, and wallowing in the excrement he could no longer control, he no longer had a life, but only a slow, agonizing, and hopeless descent toward death.

The Four visited him daily, alone, in pairs, and on occasion collectively. They cleaned him, tended his wounds, and tried to encourage him in his deepening depression, to no avail. As shriveled and twisted as his body had become, his soul became far more foul and fetid in its unquenched and raging bitterness. Self-pity, self-loathing, and a hopeless despondency descended upon him, crushing and torturing his spirit in a personal living hell. His friends prayed, read Scripture, and feigned faith in some deliverance of spirit, if not body; this only increased his cynicism and the sputtering rage he spewed toward God. How could a good God allow such an evil fate? Had he not kept his part of the bargain, only to be betrayed by a deity he had once trusted? Why did his friends torment him with this utter nonsense?

Then there was the humiliation he suffered at the hands of healers, who prayed and pranced and called down Heaven’s power to heal him; he had too little faith, they accused, when their futile foolishness failed. In this, they were most surely correct. Then, the day his friends dragged him to the Temple, to the priests, as Moses had prescribed. His bondage arose from hidden sin, they said: his own, or his parents. What sin was this, he challenged? The sin of saving a friend’s life? His parents had more righteousness in their little fingers than these prattling and pretentious fools — where was their repentance? The self-righteous religious cast him out of the Temple, and the long journey home was silent, and awkward, and hopeless.

The crowds were immense, if the stories be true — this charlatan must have some slick magic up his sleeve, and there was no shortage of gullible fools in the world to follow along. His angry protests were to no avail — must he go through this humiliation once again? — as the Four lifted him onto the cart and began the dusty and agonizing ride to ridicule. See the Master? Not even close — they could barely see the house for the mob. The Four muscled their way through the grumbling crowd, and ignoring the shouting owner, climbing a fig tree by the house. Before he could protest yet again, they lifted him onto the roof, nearly dropping him in the process — what a fitting and ironic end to his pathetic life that would be! Now what? They began to claw at the straw and tiles; curses arose from below as mud and straw and shards of clay tumbled onto upturned faces. Then they lowered him into the darkness.

He saw their eyes first: seated above the crowd, dressed in fine linen robes, their phylacteries glittering with fiery jewels, their eyes blazing with hatred and contempt seemingly from the very depths of Sheol. Then, turning, he saw at last the healer’s eyes: strong, kind, penetrating to the depths of his spirit. To see them was to gaze into eternity, and see its joy. He felt utterly naked — but not ashamed.

He smiled: “Son, your sins are forgiven.”

There was no challenge this time — he knew the sins of which the healer spoke: bitterness, unforgiveness, cynicism, ingratitude, the hatred of God, of life, the despair over lost promise and shattered hopes. There befell then a lightness, an extraordinary peace, the lifting of a burden far heavier than that his friends had borne in bringing him here. A smile crossed his face, for the first time in many years: could this be joy?

Amazed at his inner awakening, he failed to hear the gasps, to notice the stunned silence of the once-noisy crowd. There was only the angry, strident whispers, hushed at first, then ever more intense, like the growl of a ravenous predator: Blasphemy. Blasphemy! BLASPHEMY!

He looked back at the healer: there was no fear, no anger; naught but an enormous strength, his eyes afire with the conviction of truth. “That you may know that the Son of Man has the power on earth to forgive sins…” He looked directly into his eyes: “Arise, pick up your mat, and walk.” It was far more invitation than command.

It lasted but an instant, but seemed an eternity. Great warmth seared through his withered flesh. Tendons tight as iron loosened and stretched; his shriveled muscles softened and fleshed out; his papyrus-thin skin pinked and plumped into a vibrant glow. He sat up — before realizing he could not do so. Swinging his legs free, he stood — he stood!! — bent over, and rolled up his mat.

The crowd gasped, and cried, and praised God; he heard none of it, not even the joyful shouts of his friends on the roof. As he bounded out the door, every hand reached out to touch him, as if he, the healed, had the power of the healer. As the sounds of the crowds faded into the distance, he touched his newborn limbs, still stunned in disbelief about what had just happened.

There was much work to do; relationships to repair, amends to make, and the endless telling of his story to the amazement of all who would listen. He followed the Master throughout Galilee wherever he preached. Sitting among the thousands, he nevertheless saw Jesus look directly at him each time, and smile. It seemed as though the Master had even more joy at the healing of his crippled heart than he himself did — and his own was indescribable.

Many months after his healing, he wandered again into the desert, alone. The storm clouds were gathering: the hatred he had seen in the eyes of the religious leaders was ever more intense, and he sensed something dark and foreboding ahead in his Master’s mission. His own journey led him back to the cliffs, where his life had changed forever. His eyes gazed upward at their great height, then slowly descended to the rocks of brokenness below. He recalled his Master’s words, spoken so prophetically: “Greater love than this no man has, than to lay down his life for his friends.”

And finally, at long last, he understood.